In a report released yesterday, the US Department of State’s Office to Monitor and Combat Trafficking in Persons, representing a country built on slave labour, ‘raised concerns about the abuse of temporary guest workers brought to Australia from India, China and South Korea.’

…"The Australian Government should devote more attention and resources to addressing allegations of labour trafficking, including in connection with its 457 (temporary visa) worker visa program."

Back in the land of the free, you don’t have to be a gastarbeiter to get screwed. An advisory panel ruled yesterday not to expedite the application of nearly 3000 former workers at Rockwell International’s Rocky Flats nuclear weapons plant in .

If there is evidence that they suffer from any of 22 kinds of cancer linked to radiation, they will be entitled to $150,000 in compensation, plus medical benefits, but

Jennifer Thompson, a former Rocky Flats worker who is a spokeswoman for the petitioners, told the panel that it took an average of 742 days to process a successful claim. Sixty-seven workers have died waiting for their benefits to come through, Ms. Thompson said. 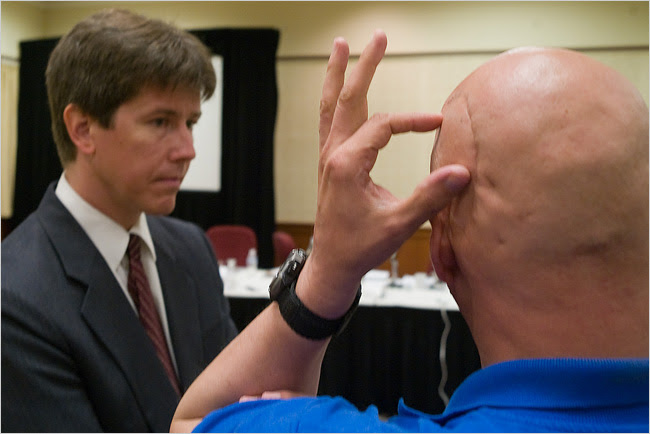 Charlie Wolf, a former project engineer at the plant who now suffers from brain and bone marrow cancer, said he had waited more than four years before his claim was approved. “It’s hard for me to even read anymore,” said Mr. Wolf, whose bald head is creased by a nine-inch scar from brain surgery related to his cancer.

With poverty standing at 70% in the , according to UNICEF’s Monica Awad, ‘We see a lot of child labour’.

Thousands of adult West Bankers used to earn a living working inside in agriculture or construction - but they are no longer allowed to enter as a result of tighter restrictions in place since the beginning of the second intifada in 2000.

And 's matrix of more than 500 manned checkpoints and roadblocks inside the West Bank makes it all but impossible for Palestinians to travel to find work, NGOs say, while its barrier cuts many farmers off from their land.

Now only their children can tap into the strong Israeli economy. Unlike their parents, they can easily cross the barrier becse children under 14 do not need a permit to get through checkpoints.

"At least a thousand children cross into every day. They are sent out by adults. They also go to garbage dumps and collect metals," said Israeli government spokesman Shlomo Dror.

Younis is among thousands of Palestinian children who miss school and face danger on the streets every day. He and his brothers say they each make about 150 shekels or US$37 a day and are the family's sole earners.

"They stand at dangerous intersections, with lots of traffic. Also, there is a problem of dehydration. They can stand in the sun for 10 or 12 hours," said Israeli police spokesman Mickey Rosenthal, who added that there was little the Israeli thorities could do to stop them.

More than half of Palestinian children who work and earn a wage do not attend school, according to the PCBS statistics…Children on the street may also face harassment or asslt while working, DCI found.

Most of the street children work as vendors or porters in busy towns, although some do hard labour in quarries, DCI said.

The Rs1.8 billion (US$30 million) food relief package for Pakistan’s estimated 71 million poor and vulnerable population announced in last week’s budget turns out to come to just Rs2 per person per month, or roughly 3.3 US cents. Dawn reports that’s not even enough for one roti (flat bread). But since two thirds of the package will be through a subsidy to the government owned network of Utility Stores, those in remote villages not serviced by the Utility Store network won’t even get that much.