The ABC reports that WA CFMEU official Joe McDonald has been suspended from the Labor Party for a remark captured on video.

"This f***ing thieving parasite dog's days are numbered," he said in the recording.

"He'll be working at Hungry Jack's when I'm still a union official." 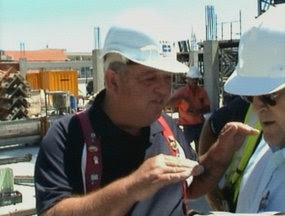 It’s a relief that the ALP is finally cracking down on this kind of foul denigration of the canine species. Imagine comparing a fucking thieving parasitic boss to an innocent dog and expecting to remain in the bosom of the workers’ party!