Although I’ve often criticised Uri Avnery in the past, you can’t help admiring the guy. He’s 85 and still writing a weekly column and still active in the Israeli peace movement, such as it is.

Still, in his piece this week, where he optimistically envisages an ‘abyss’ opening between the Obama regime and whatever government eventuates in next month’s Israeli election, one paragraph just leapt off the page.

Where are the American Jews? The overwhelming majority of them voted for Obama. They will be between the hammer and the anvil – between their government and their natural adherence to . It is reasonable to assume that this will exert pressure from below on the “leaders” of American Jewry, who have incidentally never been elected by anyone, and on organizations like AIPAC. The sturdy stick, on which Israeli leaders are used to lean in times of trouble, may prove to be a broken reed.

The assumption that American Jews, who have never shown much interest in bringing their ‘leaders’ to heel, are now suddenly going to ‘exert pressure’ on officials who are not and never have been accountable to anybody in part precisely because nobody has ever elected them, and that they’re going to do this on the basis that they voted overwhelmingly for Obama, is decidedly not reasonable.

But you get used to that kind of pollyannaism. 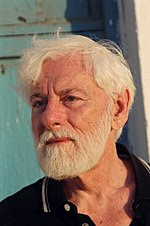 What sticks out like dogs’ balls is not the imagined conflict ‘between their government and their natural adherence to ’ but the concept of a ‘natural adherence’. It’s not in doubt that a significant majority of American Jews have some kind of adherence to . The American Jewish Committee’s 2008 Survey of American Jewish Opinion reveals that the proportion claiming to feel ‘Very close’ or ‘Fairly close’ to Israel had only declined slightly from 70% in December 2007 to 67% in mid September 2008, while the proportion who feel ‘Fairly distant’ or ‘Very distant’ rose by two percentage points to 23%.

But what’s so natural about that? He can’t be suggesting that American Jews are inherently hardwired to adhere to the Zionist state. After all, the 23% who feel distant from suggests that it couldn’t be natural in that sense. So he must mean that there’s something about ’s Jewishness that attracts American Jews’ adherence, because they are Jews. But there’s nothing intrinsically attractive to American Jews, or anybody anywhere, about an explicitly imperialist endeavour to establish a racist ethnocracy on the basis of a campaign of terrorism and ethnic cleansing. Indeed, many American Jews are quite adamantly opposed to racism, ethnocracy, terrorism, and ethnic cleansing. There’s nothing in the least natural about adherence to – it’s drummed into American Jews from their first day at , if not from infancy.

Since I’ve raised the AJC survey, I might as well provide a little more detail. Back in December 2007, I posted an analysis of the 2007 iteration. Unsurprisingly, the release of the report last September went right by me even though it was the first item in the AJC’s 3 October News update. Better late than never.

The 2008 Survey, carried out in mid September, once again by polling firm Synovate, only asked 15 questions, less than half the 38 asked in 2007, and with a focus on the US presidential election – three (20%) specifically asked about candidates. The sample in 2008 was also nearly 9% smaller than the 1000 ‘self-identifying Jewish respondents’ surveyed in 2007, although they claim the same 3 percentage point margin of error.

Bearing the margin of error in mind, as well as my critique of the question in ‘Who pays the piper’, in 2008, the proportion describing themselves as ‘Extremely liberal’, ‘Liberal’, or ‘Slightly liberal’ increased by a probably insignificant one percentage point, from 43% to 44%, while those claiming to be ‘Extremely conservative, ‘Conservative’, or ‘Slightly conservative’ correspondingly declined from 24% to 23%. It’s not clear where the thousands of hasbara-addled fanatics shrieking for blood on the streets of , or the dozens of protesters who blockaded the Israeli consulate in San Francisco and Los Angeles, would place themselves on the AJC’s political spectrum.

Thirty-eight percent ‘think there will come a time when Israel and its Arab neighbors will be able to settle their differences and live in peace’, one percentage point more than in 2007, while the proportion who don’t think so also rose by the same amount to 56%. More significantly, 22% now ‘think that can achieve peace with a Hamas-led Palestinian government’, five percentage points more than the previous year, with 68% disagreeing, compared with 74% in 2007. But that was in September, long before ’s very existence came under mortal threat again when Hamas inexplicably started launching Qassam rockets in November.

Perhaps the most telling among the fifteen questions asks whether respondents support or oppose ‘...the taking military action against to prevent it from developing nuclear weapons?’. Those opposed declined significantly by ten percentage points to 47% while the proportion supporting a war on has risen from 35% in 2007 to 42%. Since only 23% said they were ‘Conservative’, at least 12% of the American Jews who have swallowed the line about Iran developing nuclear weapons and accepted the US’s role as cop of the world must have been ‘Liberals’ or ‘Moderates’.

J Street, the ‘liberal’ Jewish lobby, commissioned an internet survey of ‘800 self-identified adult American Jews’ that was designed by Gerstein | Agne Strategic Communications and conducted by YouGovPolimetrix between 29 June and 3 July last year. If Synovate asks leading questions that beg all kinds of assumptions, Gerstein | Agne have certainly outdone them. Each of the 91 questions are so long and complex that it’s hard to make any sense out of National Survey of American Jews, even if you believe that respondents followed the questions. One question (Q51), however, although not collecting the same concept as the AJC survey’s, may provide a comparative measure.

A plurality of 48% said they would be more likely to vote for a candidate enunciating the following position:

must do everything it can to protect 's security. This means militarily attacking if they pursue a nuclear weapons program, supporting an Israeli pre-emptive strike against , cutting off aid to the Palestinians if their schools allow textbooks that don't recognize , and letting the Palestinians know where we stand on by moving the embassy from Tel Aviv to .

’s analysis alleges, ‘Instead of holding the hawkish or hard line positions often expressed by many established Jewish organizations and leaders, American Jews overwhelmingly favor assertive peace efforts’. When nearly half of US Jews admit that that kind of bellicose rhetoric would draw them to a congressional candidate, I’d come to quite a different conclusion. As for the 41% who said they’d be less likely to vote for such a candidate, there’s no way of knowing whether they oppose attacking Iran, disagree about the extent of American protection of ‘Israel’s security’, object to dictating the content of foreign textbooks, or any of a range of other combinations of assertions and implications contained in the statement.

I haven’t seen any polling of US Jews since 27 December, but in a Rasmussen telephone survey of ‘1,000 Likely Voters’ – not just Jews – on 9-10 January, more than two weeks into the slaughter, 56% blamed ‘the Palestinians’ for ‘the current situation’, as Rasmussen so delicately put it. A plurality of 45% said should ‘have taken military action against the Palestinians’ in preference to trying ‘to find a diplomatic solution’.