The U.N. agency for Palestinian refugees suspended aid to the Gaza Strip on Friday, accusing the territory's Hamas rulers of stealing a delivery of humanitarian supplies for the second time this week…"Hamas has got to hand back all the aid that they have taken and they have to give credible assurances that this will not happen again. Until this happens, our imports into will be suspended," said UNRWA spokesman Chris Gunness.

So, with hundreds of thousands of grieving, homeless, destitute people facing starvation, UNRWA, the agency responsible for their welfare, has determined that they can just go ahead and starve due to a demarcation dispute over who gets to distribute the flour and rice. Much as I deplore The International Community picking up the tab for ’s rampage, I want to see ample relief flow to the suffering Gazans as a matter of urgency. The UN’s latest exercise in cynicism, coupled with The International Community’s refusal to end ’s siege, and agreement that a ‘durable ceasefire’ must preclude Hamas from ‘rearming’ at all costs, illustrates just what value they place on the lives of Palestinians.

‘ is grappling with how to allow in necessary aid while keeping material that could be used against out of the hands of Hamas,’ Hanson explains.

Peter Lerner, a spokesman for the office of Coordination of Government Activities in the Territories, distinguishes ‘immediate needs, such as medical supplies, food, fixing the windows -- all the things that are needed right now’ from ‘more long-term needs, such as rebuilding buildings and fixing hospitals and schools’.

According to Ran Yaron, director of the Occupied Territories Department at Physicians for Human Rights in , ‘The windows of many homes and hospitals were broken during the war, and is currently not allowing glass into .’

Gisha: The for Freedom of Movement, spokesman Itamar Shachar said is obstructing spare parts for water, sewage and power systems to enter the strip and has only permitted the passage of 64 percent of the fuel necessary to run 's power system.

‘We will not allow hoses to pass in freely because hoses are put into rockets. We will not allow an unchecked amount of cement and concrete to enter because they will be used to build bunkers and underground tunnels for use against our soldiers,’ Lerner added. ‘My first job is to protect the citizens of .’

To her credit, Hanson resists the obligation to write, as Federman does, ‘ unilaterally halted its devastating operation, meant to halt years of Hamas rocket attacks, on Jan. 18’. Nor is it just the dispassionate media who insist on painting ’s slaughter as self defence. In an advertisement in the Sydney Morning Herald entitled ‘The slaughter in ’, 34 Australian luminaries, ‘condemn ’s disproportionate and indiscriminate use of force in response to Hamas’ rocket attacks’!

Meanwhile, the 700 courageous girls and boys who are patrolling the border to keep Israelis safe from window- and hose-wielding Palestinians are hungry, too. 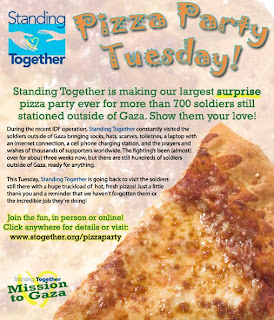 Just in case you’ve been wondering why expects its adversaries to stash their weapons in mosques, Noa Kocharek and Yuval Goren reported in Ha’aretz

Two Israeli curators on Thursday stumled [sic] upon an arms cache dating back to the British Mandate at a Synagogue in Hod Hasharon.

The weapons, which included grenades and bullet casings, were apparently stored in the building by the Hagannah Jewish militia.

Klein said that during the British Mandate, the synagogue used to serve as a shelter from Arab rioters, and therefore has long and narrow windows, and slits for firing. These slits apparently made the synagogue an ideal location for stashing the weapons.

But then, of course, the Hagannah were freedom fighters, not terrorists, like Hamas.